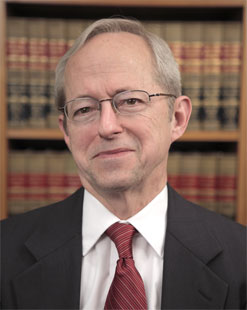 Since 2006, Douglas has been of counsel to Grad & Weinraub, LLP.   He handles a variety of real estate litigation, mostly on behalf of residential and commercial tenants.  He has successfully represented tenant associations at DHCR in opposing major capital improvement rent increases.  And he regularly negotiates commercial leases for tenants.

Before joining Grad & Weinraub, Douglas was a partner at Hartman Ule Rose & Ratner, LLP for ten years.  From 1988 to 1993, Douglas was an associate at Ween & Associates and then a partner at Ween & Simmons.  At these firms, Douglas represented Rent Stabilized and Loft Law tenants and tenant associations.  He appeared in Housing Court and Supreme Court and at the Loft Board and DHCR.   He also handled commercial lease negotiations for landlords and tenants, including labor unions; and he represented clients buying and selling cooperative and condominium apartments.

Douglas worked as a staff attorney, and later as a supervisor, at Community Law Offices (a division of the Legal Aid Society) from 1980 to 1988.  Most of his work there was representing tenants and tenant associations in Housing Court and Supreme Court.  He also worked on some of the first conversions of City-owned buildings to cooperatives.  Douglas began his career in the real estate department of Zissu Berger Halper and Barron in Manhattan, working primarily on commercial leasing for a large real estate developer.

Douglas graduated from Vanderbilt University (B.A. 1972, with honors) and from New York University School of Law (J.D. 1978).   He was selected for the Reginald Heber Smith Fellowship in his graduating class at NYU.